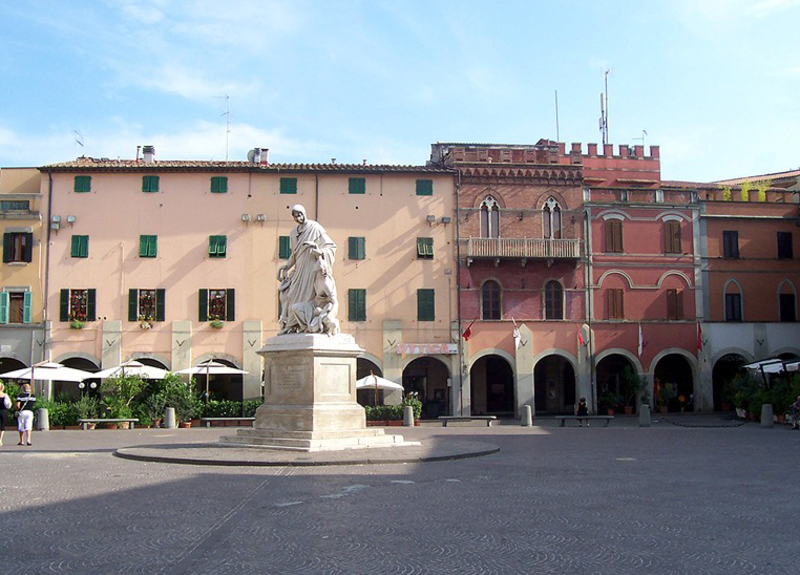 The sculptural group represents the positive effects of politics on the Maremma and the gratitude of its inhabitants.
Grand Duke Leopold II is depicted while he is raising a woman, the Maremma,  who is holding a dead or dying child, the representation of the past. Another child, the representation of the present, is clinging confident to the Grand Duke, who is trampling on a snake, which symbolises the malaria.
The sculptural group is completed by a griffon, the emblem of the community, who firmly bites the snake.  The monument by Luigi Magi di Asciano was inaugurated on 1st May, 1846.
At that time Piazza Dante was renovated and regularised in order to place the statue in its centre.